GET THE NEW FAITH AND SCIENCE POSTERS!
We'll pay for the posters, you just cover the shipping & handling... 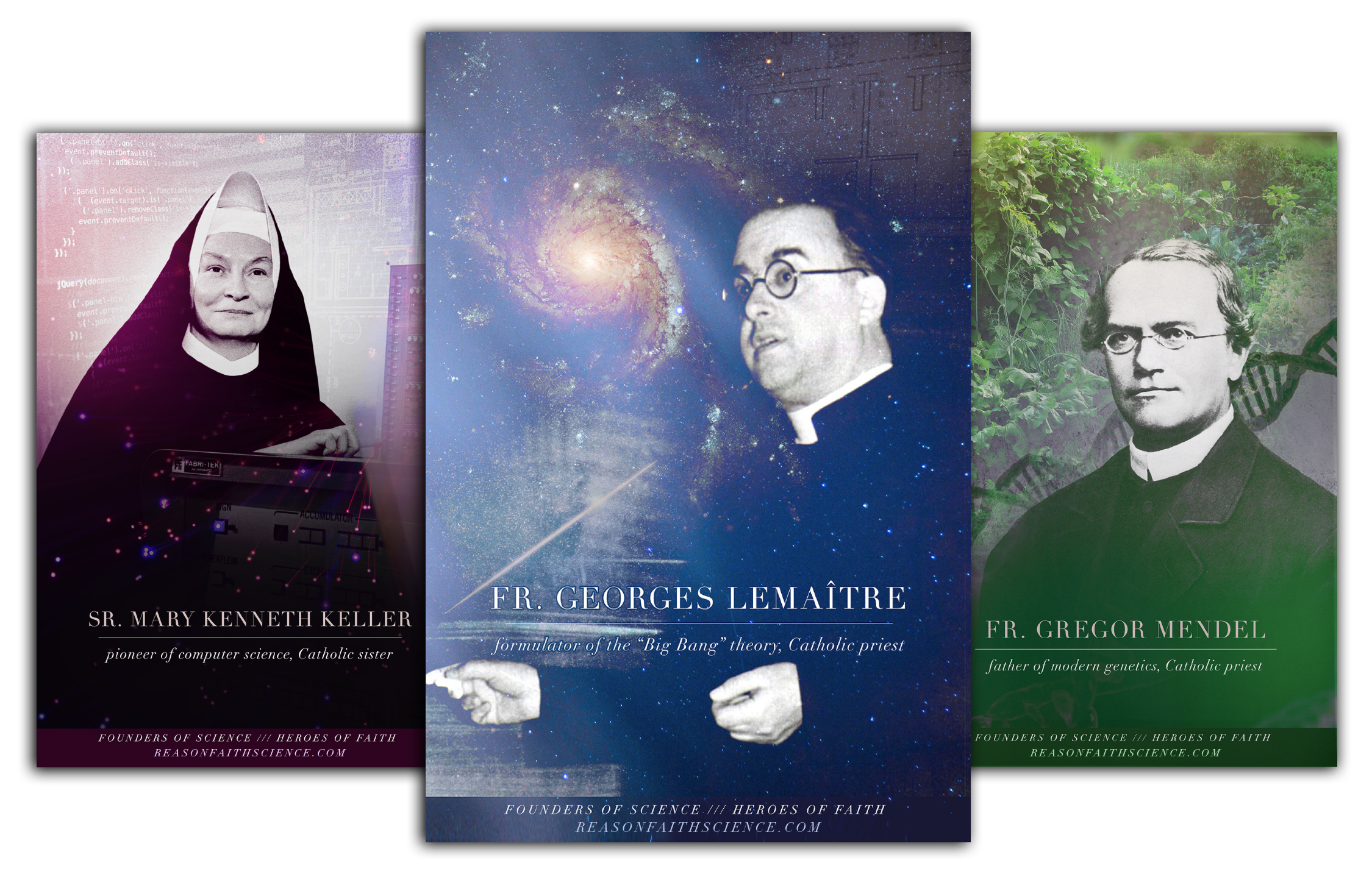 LIMITED-TIME OFFER - Get The Digital Streaming Edition For ONLY $27: Who is God? And why does he matter? Watch this series and you'll not only learn the answers yourself, but you'll discover how to share them with others - especially those who no longer believe. (Digital Streaming Access Only - No DVDs included. - 6-Part Series - 141 min. Run Time) 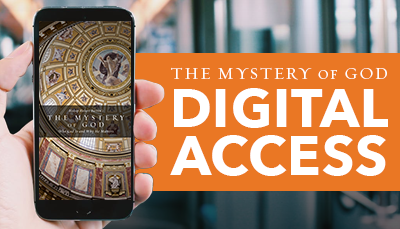 Almost There...
"Russell has spent of a decade successfully starting and scaling companies online...
This book takes the best of what he's discovered from over 1,000 unique split tests, hundreds of millions of visitors and broken it down into a simple process that ANY company can use to geometrically improve their traffic, conversion and sales online"
About These Important Catholic Scientists...

Formulator of the "Big Bang" Theory, Belgian Priest
Fr. Georges Lemaître was a Belgian Catholic priest, astronomer, and physicist. Lemaître formulated the "Big Bang" theory of the origin of the universe, which he called his "hypothesis of the primeval atom" or the "Cosmic Egg." This theory was endorsed by Albert Einstein in 1931 and remains the prevailing cosmological model of the universe today. 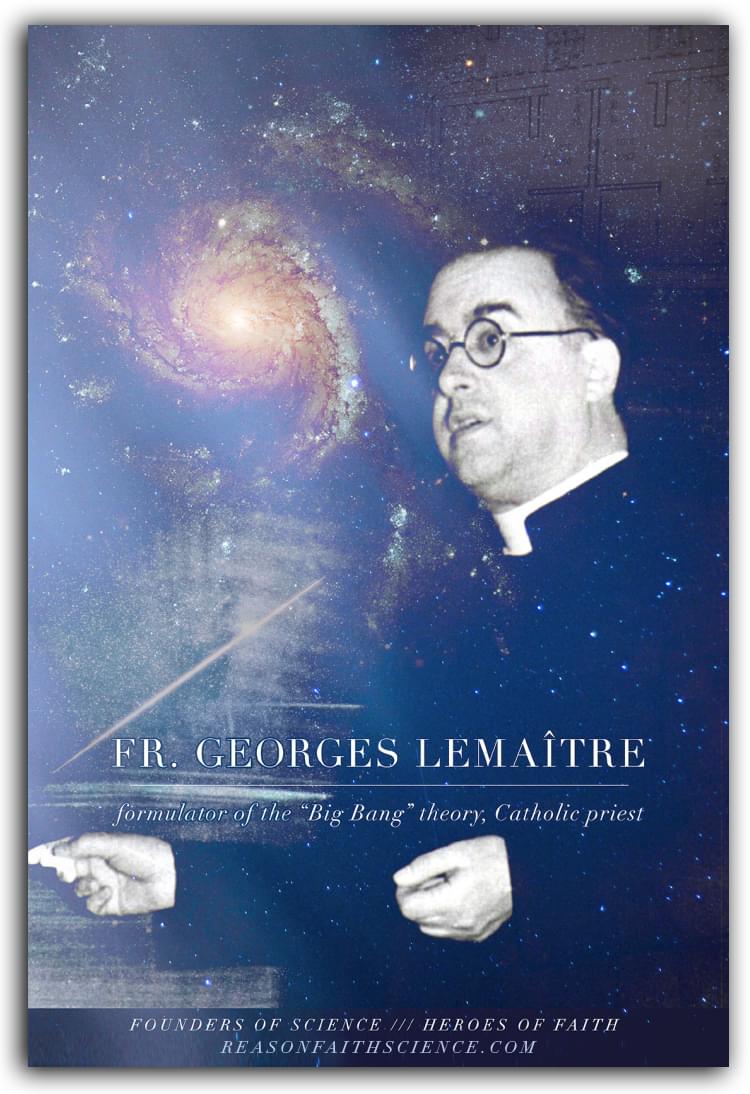 Pioneer of Computer Science, Sister of Charity of the Blessed Virgin Mary
Sr. Mary Kenneth Keller was a Catholic religious sister, educator, and pioneer in computer science. She was the first woman to earn a Ph.D. in computer science in the United States and was an advocate for the involvement of women in computing. In 1958 Keller began working at Dartmouth College where she participated in the development of the BASIC programming language. 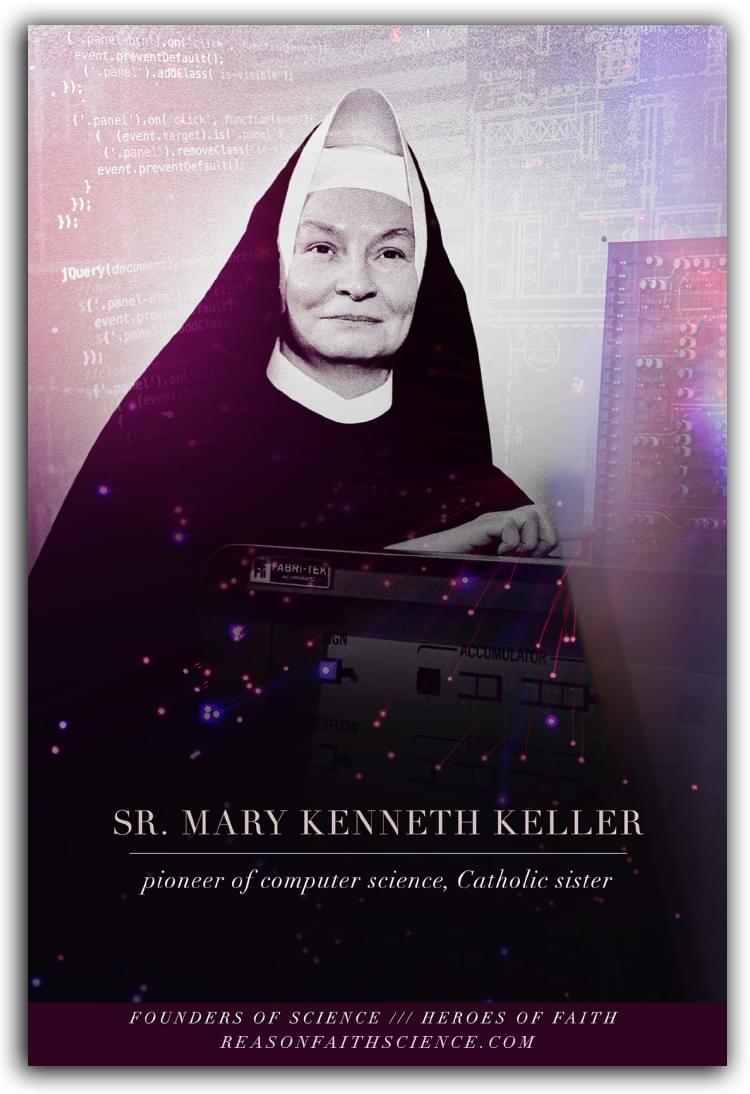 Father of Modern Genetics, Augustinian Friar
Fr. Gregor Mendel was an Augustinian friar and abbot and the father of the modern science of genetics. Mendel's experiments between 1856 and 1863 established many of the rules of heredity. He coined the terms "recessive" and "dominant" in reference to certain traits, and also demonstrated the actions of invisible "factors" (now called genes) in predictably determining the traits of an organism. 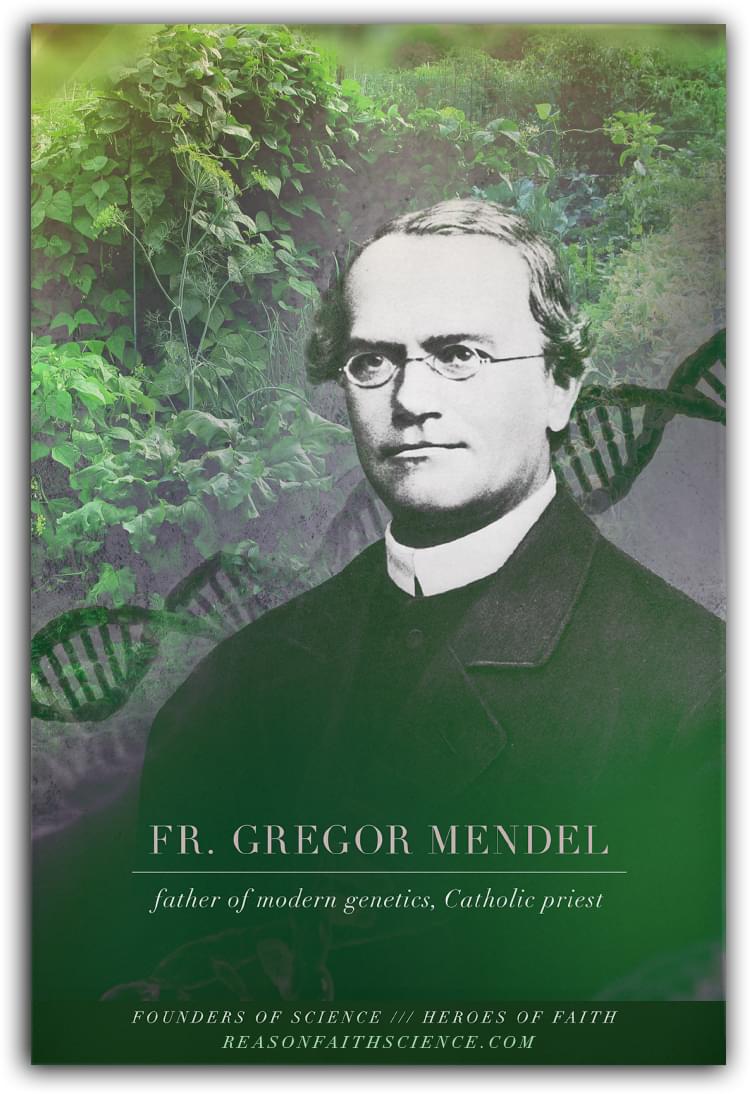 Get These Posters Now!
Bishop Barron On Faith & Science...
Is religion opposed to science? Many people think so.

Among young people, especially, many now believe you must embrace either faith or science, but not both.
It's time to burst that myth. It's time to set the record straight.
In Catholicism, there is a longstanding tradition of science and religion operating in unison, lifting humanity toward the truth like two wings of a bird.
These new posters feature Catholic scientists who exemplified this unity between faith and science, showing the two are not opposed, but rather complementary.
Get These Posters Now!
Want To Print Your Own Posters?
Here Are The Digital Download Files For Free...